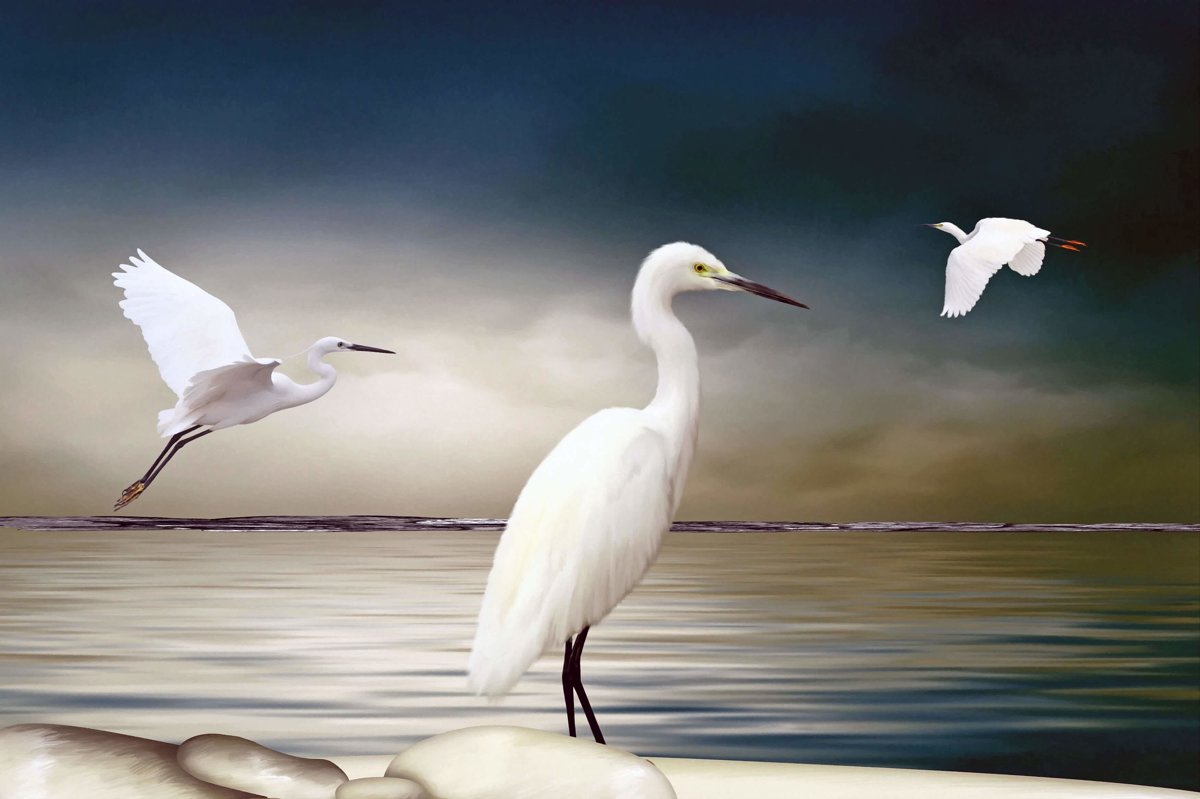 Crane are large, long-beaked birds found all over the planet. There are 15 species of crane. Despite their similar appearance to other long-necked birds like storks and herons, cranes are not related genetically to these birds.
Cranes inhabit every continent except the Antarctic and South America. They prefer temperate wetlands and swamps in the Northern and Southern Hemispheres.
The smallest species of crane is the Demoiselle crane. The tallest species of crane is the Sarus crane. The heaviest species of crane is the Red-crowned crane.
Despite being such large birds, cranes are quite agile fliers. Unlike herons, cranes outstretch their necks when flying to help control their large bodies during flight.
Cranes are omnivorous birds, feeding on both plants and animals. They are also opportunistic feeders, feeding on whatever they can find in their habitat. Preferring to be near water, cranes usually feed on aquatic organisms such as fish, amphibians and insects, while also eating a variety of plants including seeds, berries, tree bark and grains.
Cranes are very social animals that form large communities called flocks. They communicate with each other via a variety of sounds and body language. Alarm calls inform other birds in the community that a threat is near.
Some species of crane live in a single territory, while others that live in temperature climates migrate seasonally. Migratory crane species travel up to 10,000 miles during migration. Cranes also travel up to 500 miles each day searching for food.
Cranes are monogamous, mating for life. Mating rituals consist of a complicated dance of fast movements of the feet, jumps, bowing and stretching. Nests are constructed in marshy habitats. Female cranes lay two eggs that hatch in about 30 days. Both crane parents care for the babies for up to 10 months. It takes 2 to 4 months for chicks to grow plumage like their parents. Cranes reach sexual maturity at the age of 3 to 5 years.
Being large animals, cranes have few natural predators. Wildcats, large birds of prey and foxes are common predators of crane babies.
The average lifespan of cranes in the wild is from 20 to 30 years old.
THREATS TO CRANES
All crane species populations have declined dramatically due to habitat loss, pollution and the illicit pet trade industry. 15 crane species are now either vulnerable in the wild or critically endangered. The Whooping crane, Florida Sandhill crane, Siberian crane and Mississippi Sandhill crane are among the endangered crane species.